Our main activity at present is the establishment of our DBA Second Chance Incubator. Modeled after successful incubators in the private sector, our Second Chance Incubator will operate within several state prisons in Oregon to take IT business ideas suitable for prisons and converting them into operational, profitable, proof-of-concept businesses ready to deploy within a prison’s existing correctional industries infrastructure. 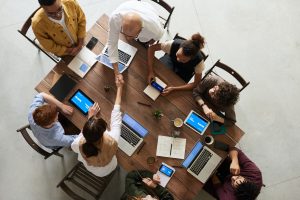 Consider a Minitrust a new type of release fund to support that vulnerable transition from inmate to parolee. We feel a business using inmates should contribute to it, but it is also open to contributions from relatives and friends. Each Minitrust account is tied to a specific parolee. For a detailed description of how it works and how you can get involved please visit Minitrusts.org 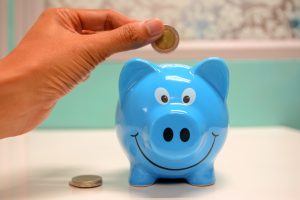 A key feature is that the money doesn’t belong to the parolee. Parolees walking out of prison with several thousand dollars in their pockets may attract the unscrupulous, thus really acting against a successful transition into lawful society. A Minitrust is administered by a Trustee, in conjunction with a Parole Officer when one is available, to authorize only those expenses needed to rejoin lawful society but not available through public assistance.

Purchasing a used car to get to work or contracting a credit repair service are examples the Trustee would typically authorize and pay. Purchasing drugs or making shady loans not so much. As much as we do support a court’s right to garnish a parolee’s income and assets, a Minitrust is not available for that since it doesn’t belong to the parolee.

Teamed with AbleDocs, InsideOUT provides safe and secure transitional housing as well as a full-time job to former inmates who are hired by AbleDocs and others. InsideOUT believes in providing coaching and guidance to inmates while incarcerated and to provide them with a safe environment afterward. Walking out of a prison after years of a regimented lifestyle can be a terrifying moment. Homelessness threatens. A job market wary of ex-felons awaits. A history of drugs and mental disease may cloud assimilation into lawful society.

This is the moment when parolees are most vulnerable to making poor choices and re-offending. But this is also where InsideOUT awaits with a safe bed, a kitchen, a desk with a computer, and a job for which the parolee is prepared.